Although DBA Silencing makes parts for a variety of vehicles and vessels, most of the air intake systems we produce are for mining trucks with diesel engines. Diesel engines differ from gasoline engines in several significant respects. Example: gasoline engines take a mixture of gas and air, compress that mixture, and then ignite it with a spark. Diesel engines – on the other hand – take in air, compress it, and then inject fuel into that compressed air. The heat of the compressed air ignites the fuel spontaneously. 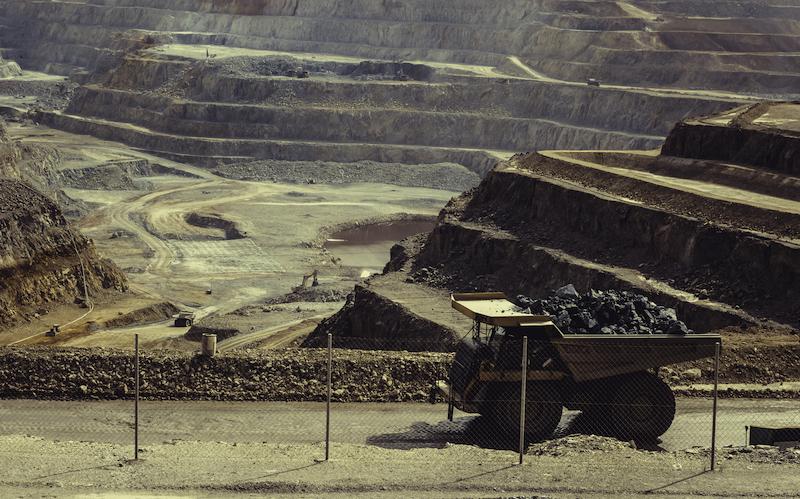 It’s important that the air taken in by a diesel engine is as clean as possible. Really, any particle that makes its way into an engine is unwanted and is likely to do some sort of damage once inside. Depending on the size of the vehicle, it can take as little as a tablespoon of dirt or grit to “dust” an engine {i.e. compromise it to the extent that a rebuild is required}. Large diesel engines are expensive. Rebuilds are expensive. It is for this reason that modern air intake systems are sophisticated arrangements of components that help keep combustion air pristine even when vehicles are being operated in off-road situations and other grubby settings.

The Elements Of An Air Intake System

Generally speaking, air is taken into the system via an external duct. It then passes through a filter and is routed to the engine. Most of the mining trucks we deal with employ filtration units made by a company called Donaldson. The air intake kits offered by DBA Silencing run from the filtration unit to the engine. Specifically, to the engine’s turbochargers.

Turbochargers are devices that blow extra air into an engine’s combustion chamber. The higher air mass allows more injected fuel to be burned. This has a number of benefits, including increased fuel efficiency, enhanced performance, higher torque output, and superior towing capabilities. 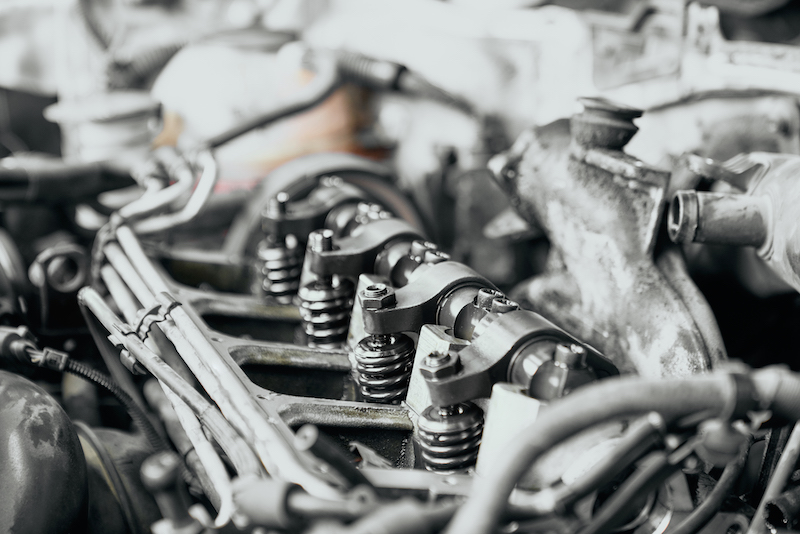 Some air intake systems also employ precleaners. Precleaners are accessories that treat air before it reaches the filter. They utilize elements such as protective screens and impellers to remove particulates as small as one micron. This extends the life of the air filters and, ideally, the diesel engine as well. Some precleaners capture and collect the contaminants, and others employ a technique called aspiration {or scavenging} to eject debris into the engine’s exhaust stream.

As mentioned, DBA’s air intake systems connect the filtration unit to the turbochargers. Here’s a diagram of an air intake kit for a Komatsu 830 mining truck with a Cummins engine. 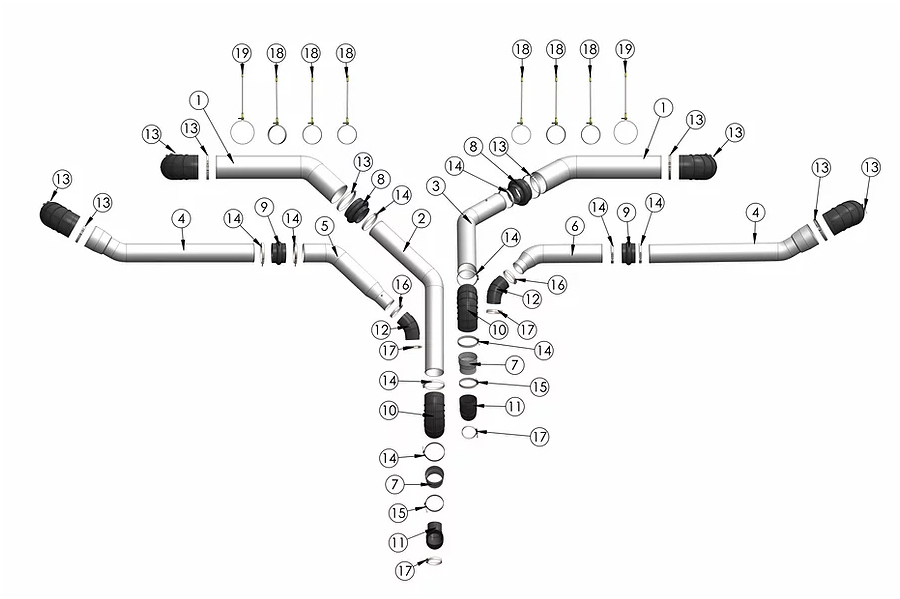 1. Our parts are much more affordable than the OEM components that they replace, and in almost all instances they will also be more cost-effective than the aftermarket alternatives offered by other firms.

2. DBA air intake systems are lighter than their OEM equivalents. This makes them not only easier to install, but also means that there’s less strain on the vehicle as a whole. We have found – after more than three decades in the field – that many OEM units are thicker and heavier than they need to be, and the additional weight leads to operational issues. Some engineers have, in other words, selected a problematic longevity strategy.

3. Speaking of durability: most DBA air intake components last for many years even in challenging environments. This is partly because modern truck layouts tend to provide protection for the air intake system, but also because our parts are manufactured with top-quality materials to the highest specifications. We’ve actually seen a number of cases where DBA air intake systems were used on multiple vehicles because the trucks wore out and the DBA parts endured.

In closing: air intake systems are critical to both maintaining the health and maximizing the performance of your diesel-powered machines. If you’re interested in DBA’s air intake components, feel free to email us at info@dbasilencing.ca or give us a ring at 1-800-661-5886. Our standard kits can be viewed on DBA Silencing website or in our catalogue, and we can also create custom parts and configurations. We hope to hear from you!