What Exhaust Parts Are Found In An Exhaust System?

For many years, the slogan of DBA Silencing has been “Our Business Is Exhausting”. This doesn’t mean, of course, that the various members of the DBA team are constantly fatigued. Quite the contrary: we’re a pretty peppy bunch. Nor does it mean that dealing with us is tiresome. At least we hope it isn’t; we strive always for top-notch customer service! Our slogan suggests, wordplay aside, that our focus as a company is exhaust. We started with exhaust and – all these decades later – it remains our primary focus. In the paragraphs that follow, we’re going to talk about exhaust, exhaust systems, and exhaust system parts. So buckle up and enjoy the ride!

Now, our inaugural blog post did cover some of the terrain that we’ll be traversing in this piece. The territory is not, however, identical. That article concentrated on how exhaust systems work and how they impact a vehicle’s performance. This article will dive deeper into the component section, providing a fuller description of each of the exhaust parts that are found in mining truck exhaust systems. We will also, along the way, mention some of the advantages of DBA-built exhaust system parts. 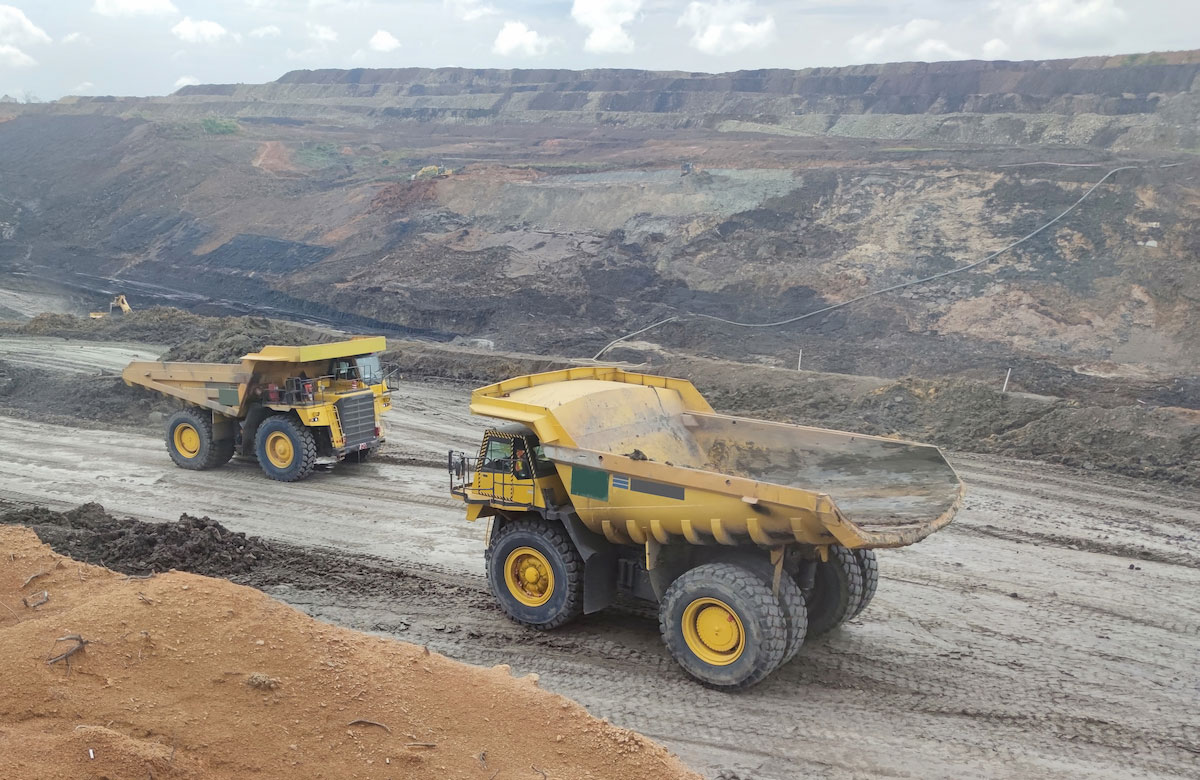 What Are The Parts Of An Exhaust System?

An exhaust system is, viewed as simply as possible, an outlet. Internal combustion engines generate an enormous amount of heat during operation. A vehicle’s exhaust system is the outlet for a significant portion of that heat. Exhaust systems typically consist of an assortment of parts, each with a particular role to play.

A full exhaust system begins at the manifold and ends with the tailpipe. In between these two bookends, we have an assortment of exhaust components, each with a particular function. DBA Silencing has been manufacturing exhaust parts and exhaust systems for more than 30 years. We like to think that, as a result of all this experience, we now know how to construct not only individual exhaust system parts that are durable and effective, but also networks of exhaust parts that enable mine sites to get the most out of their trucks.

And that seems sufficient introduction. Let us move on now to the exhaust parts themselves.

Some engines have a single manifold, some have a pair. Straight {or inline} engines need just the one manifold, but engines with a “V” {or flat} configuration require two, one for each bank of cylinders. Manifolds are generally fashioned from cast iron or stainless steel.

Mining trucks operating in the field are often confronted by an intimidating assortment of forces.  They have to contend with not only rugged landscapes and clogging agents such as mud and dust, but also vibration and extreme temperatures. Those last two items on the list can damage an exhaust system in no time at all. Fortunately, exhaust bellows can help offset their deleterious effects. Utilizing the right bellows is often the difference between regular shutdowns for maintenance and prolonged periods of efficient operation. 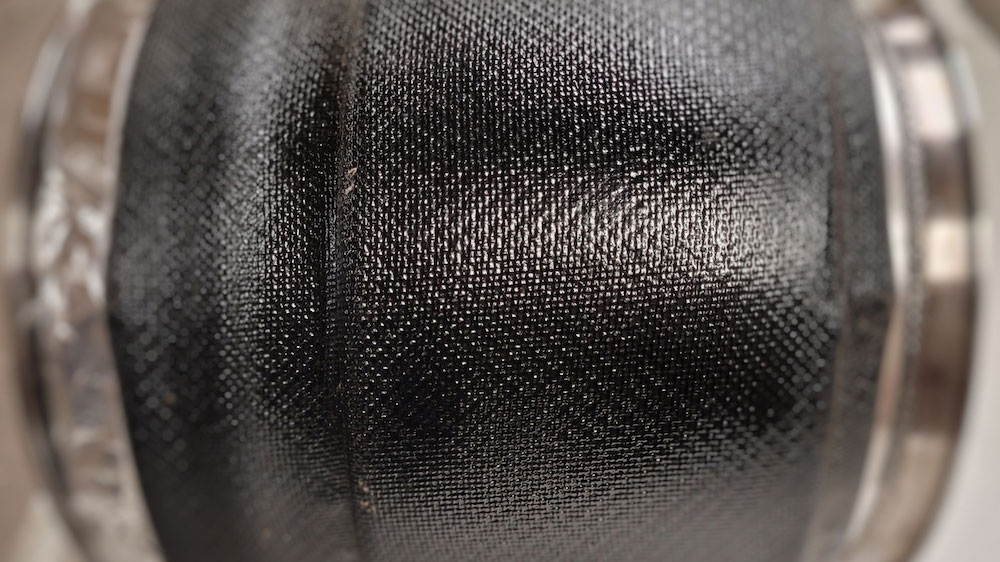 When a mining truck is running, its systems are subjected to almost constant vibration. This vibration can lead to unwanted noise and, more importantly, the misalignment of individual exhaust parts in the exhaust system. Bellows are able to absorb this type of movement and, by doing so, they forestall issues of this nature. Mining truck exhaust systems must also face temperature-induced contraction and expansion. Because bellows, or pipe expansion joints, are capable of compensating for thermal movement of this sort, they are sometimes known as “compensators”.  If you’re interested in learning more about what sets DBA exhaust bellows apart {spoiler: they’re reliable, affordable, and long-lasting}, you can check out our blog post on this topic.

Modern mining trucks are colossal machines with gigantic engines that generate staggering amounts of heat. Dealing with this heat is one of the jobs of the vehicle’s exhaust system, and there are several different methods for keeping individual exhaust parts from getting too darn hot. Ensuring that the surface temperature of exhaust parts is below the flash point for operating fluids such as oils is absolutely essential. This is because, if temperatures aren’t adequately managed, the result can be trucks ablaze. Some designs attempt to avoid conflagrations through the use of double-walled exhaust parts, and others add insulating blankets.

At DBA Silencing, we encase our exhaust parts in heat-resistant fibreglass shells. As our many happy customers will attest, our shells are an extremely successful solution to the problem posed by excessive amounts of heat. DBA’s proprietary insulating shells are so effective that an operator can place an ungloved hand on an exhaust part in use and then withdraw that paw without leaving any skin behind. Some insurance companies require the use of DBA exhaust systems at mine sites they’re underwriting because, when DBA’s fibreglass shells are employed, truck fires and operator injuries are dramatically reduced. The bonus is that DBA exhaust parts are much lighter than double-walled comparables, and far easier to install than fiddly insulating blankets. 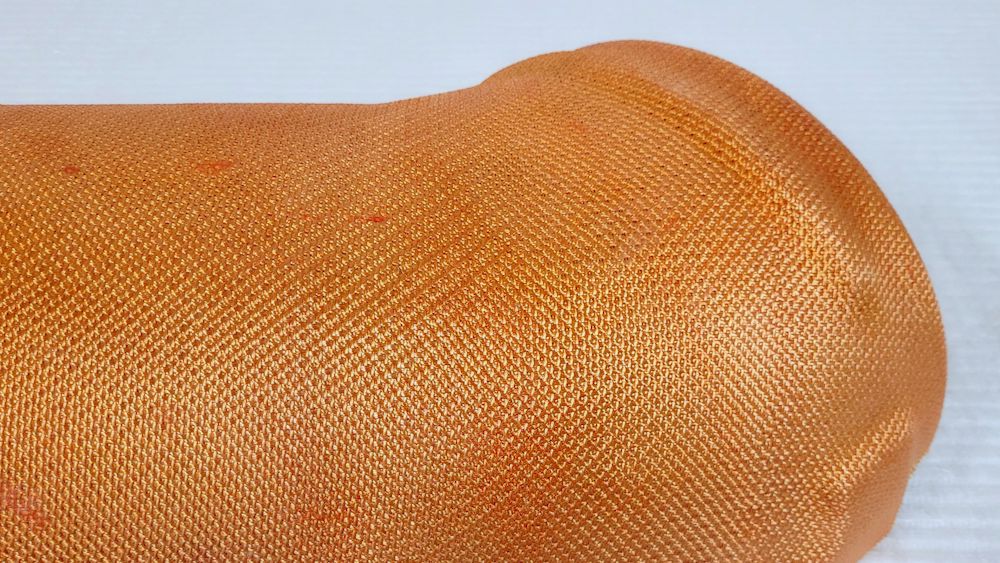 The catalytic converter is an exhaust part with a crucial function: it prevents {or at least reduces} the release of toxic gases into the atmosphere. It accomplishes this by taking the carbon monoxide, hydrocarbons, and nitrogen oxides produced by the engine and converting them into harmless substances such as water and carbon dioxide. Some exhaust systems {catless, or de-cat, systems} don’t have a catalytic converter. Most jurisdictions, however, are strengthening environmental regulations around mining truck emissions.

Modern sensors can measure the concentration of oxygen and determine, in real time, whether the air-fuel ratio of a combustion engine is rich or lean. Based on their readings, they can then dynamically adjust the air-fuel proportion so as to optimize the performance of the catalytic converters and improve fuel economy.

The different exhaust parts in an exhaust system are linked together by a network of exhaust pipes. The pipes connect the various exhaust components that we’ve been describing here, and they are often held in place by clamps.

The US Environmental Protection Agency now requires adherence to its fourth generation, or Tier 4, exhaust emissions standards. SCR systems are designed to comply with the Tier 4 exhaust specifications. This makes them a lot easier on Mother Nature. The additional benefit of Selective Catalytic Reduction is that, according to some studies, it can reduce fuel consumption by as much as 4%.

Mining trucks and logging trucks are noisy. Deafening, even. Luckily, mufflers and resonators can reduce the volume of these vehicles to levels that are a little more manageable.

When you open up the exhaust valve of a mining truck, you release into the atmosphere a significant quantity of the combustion gases produced by your engine. This release creates intense sound waves, which translate into racket. The main task of a muffler is to dampen this noise, as well as the noise generated by your engine’s pistons and valves. Of course, a well-designed muffler is more than simply a noise-dampening device; it also combines sound waves so they cancel each other out. 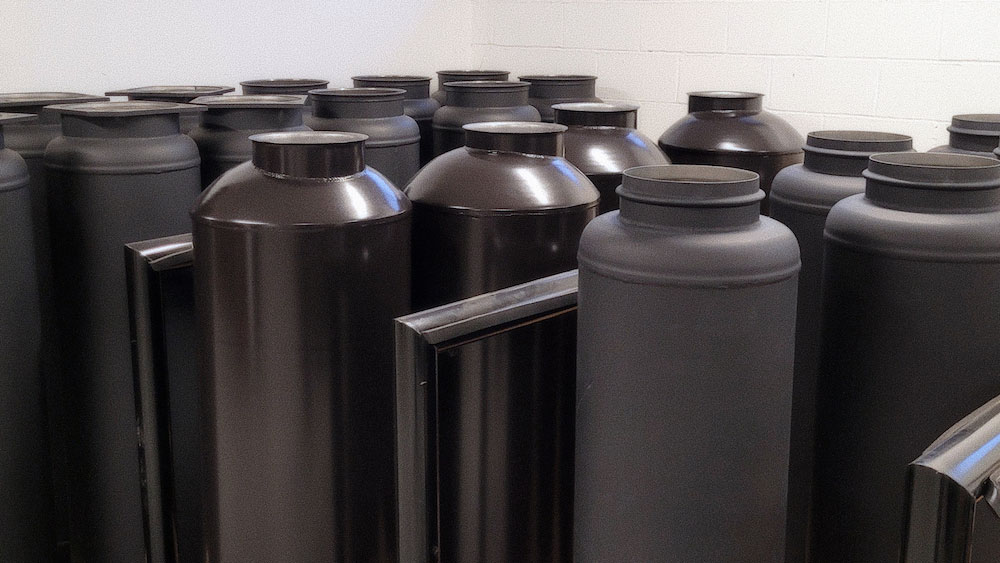 By introducing a pressure wave featuring the opposite wavelength to the original sound wave, a muffler or resonator can create opposing forces that counteract one another. Destructive interference is the technical term for the sound nullification process that takes place within these exhaust parts. If you’d like to learn more about DBA mufflers, we have a blog post on this subject as well.

The tailpipe is the final stop on the line. Once the heat and exhaust gases from the engine have worked their way through the exhaust system, they exit via the tailpipe.

Occasionally, exhaust elbows are needed to connect exhaust parts and exhaust pipes. DBA Silencing is an exhaust specialist, and so we have exhaust elbows in both standard and custom sizes. We also offer a choice of materials: aluminized or stainless steel tubing.

Elbows are for corners. For the straightaways we have exhaust tubing, again in both aluminized and stainless steel. You can see the various diameters we have available on the DBA website page for exhaust tubing. 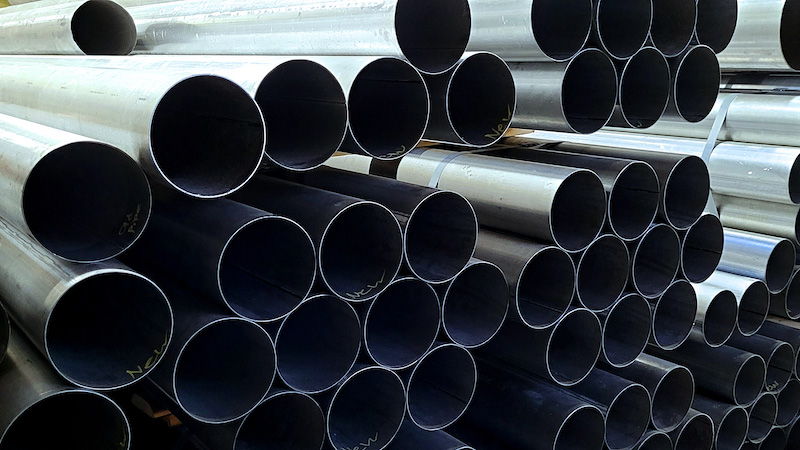 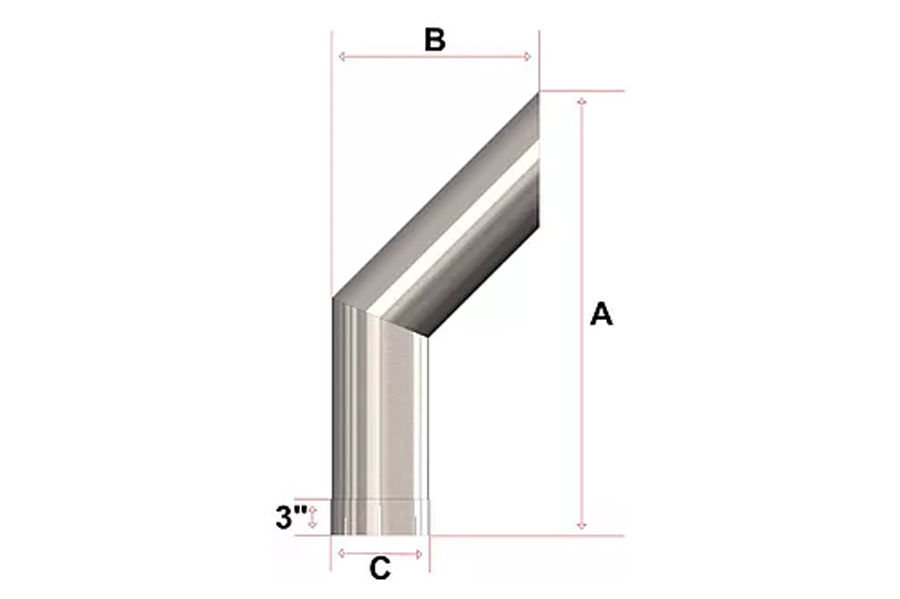 These exhaust accessories are often used in situations where exhaust gases need to be vented as far away as possible from the vehicle’s operator. As always, DBA has a full range of sizes. And, as with all our exhaust system parts, we carefully manufacture exhaust stacks using materials of superior quality. This ensures that our exhaust components are not only effective in their roles, but also unlikely to fail in the field. Reliability is important in this case, as shoddy exhaust stacks can leak noxious gases into the cab of your mining truck.

And there you have it. A full breakdown of the various exhaust parts in an exhaust system. Still hungry for more? You can email questions to info@dbasilencing.ca or, if you prefer to speak directly to one of our exhaust professionals, you can give us a ring at 1-800-661-5886. The DBA website and the DBA catalogue are also excellent resources. We hope, in closing, that perusing this piece was exhausting in all the right sorts of ways!